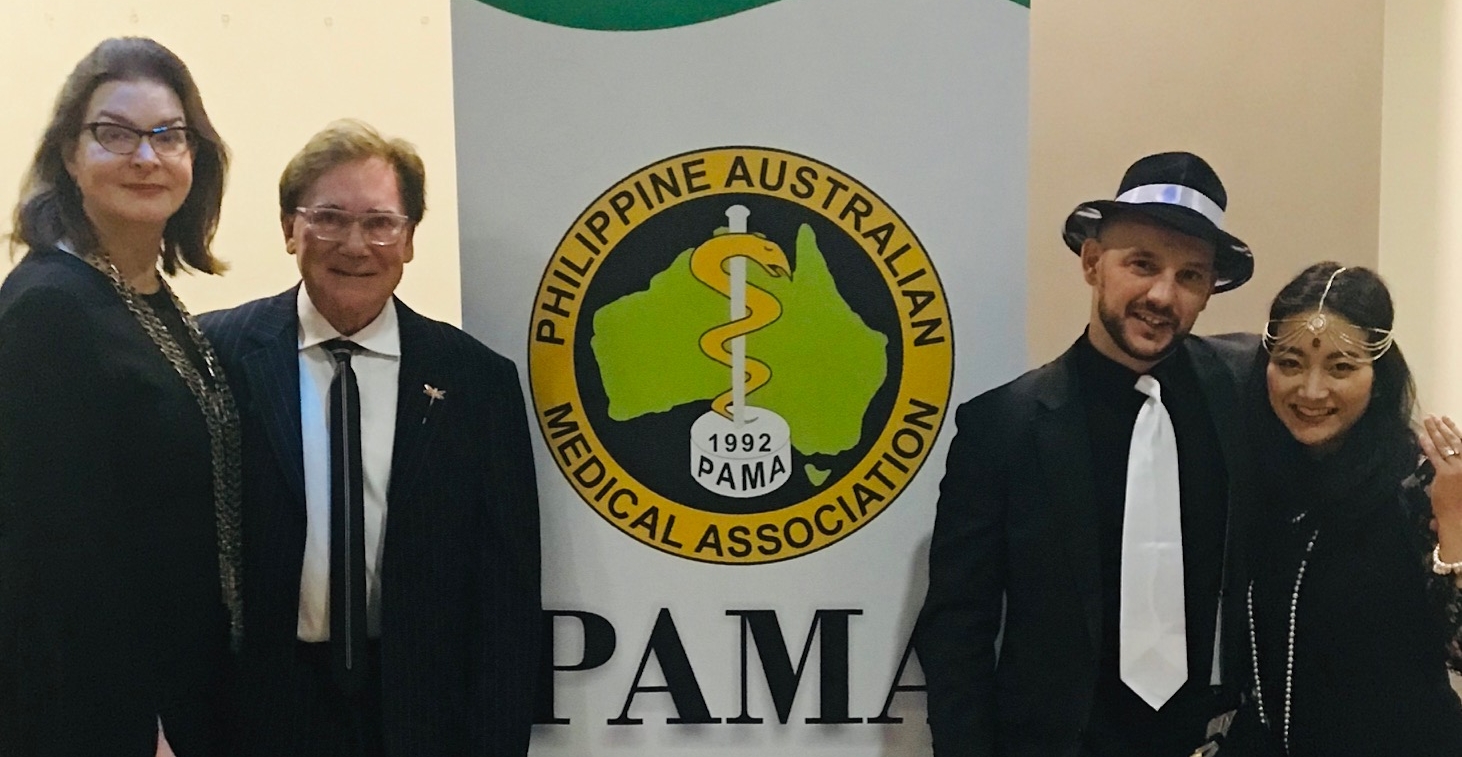 Dr Hodgkinson was the invited guest speaker at the recent 27th anniversary function of the Philippine-Australian Medical Association (PAMA).  The night which was resplendent with a colourful 1920’s theme was a celebration of 27 years of achievements by PAMA and their medical missions to the Philippines as well as a fundraiser for their major mission next February to the mountains of Luzon.

There were presentations by PAMA President Dr Roger Fabian, the new Philippine Consul General, the Honourable Ezzedin Tago and of course Dr Hodgkinson.  Dr Hodgkinson spoke not only about Operation Restore Hope (ORH) and all it’s achievements over 25 years in the Philippines but also of the critical role played by the charity’s partners and collaborators like PAMA.  These collaborations make it possible not only for ORH to work throughout the year but for all of us to widen our reach and increase our capacity to help the less fortunate.  For example, PAMA identified two children last year during their Nueva Ecija mission who could not be operated on in a mission environment: one with a lumbosacral meningocele and the other with a nasofrontal meningocele.  With combined resources from Operation Restore Hope and PAMA, we were able to get these patients to Manila to be operated on by ORH partner Dr Taps Gurango of the Mijares Gurango Craniofacial Foundation.  Both patients are now well and back home in Nueva Ecija.

Other collaborations have been the sharing of expertise and networking.  Through PAMA, ORH is fortunate to have Ugnayan Ng Pahinungod, the charity outreach arm of the University of the Philippines (UP) and Philippine General Hospital (PGH) led by the highly committed and talented plastic surgeon Dr Eric Talens as their on the ground partner for missions.  This networking and sharing of contacts has also included medical personnel, biomedical engineers and more.

ORH wants to thank PAMA for their years of friendship and support and hope that we can continue to work together to help each other fulfill our mutual goal to use our talents and efforts to help the less fortunate people of the Philippines who need medical intervention and who without charitable assistance would go untreated.

Congratulations PAMA on 27 Years!  We look forward to working together for the next 27.