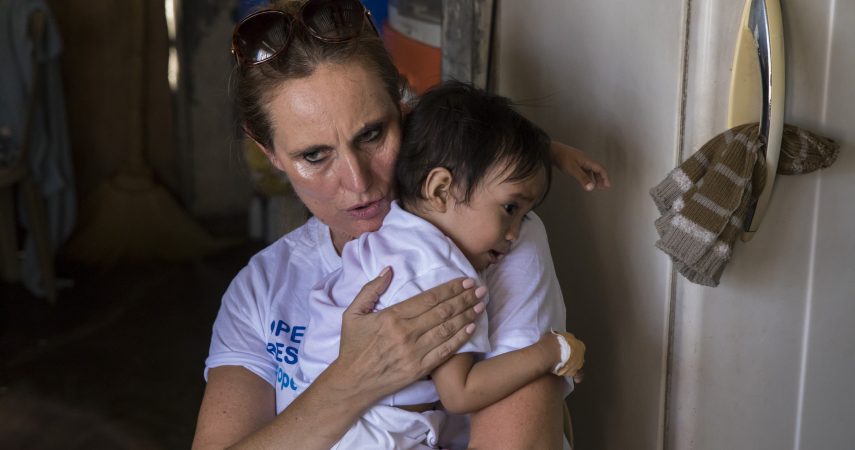 Operation Restore Hope Australia (ORHA) has been carrying out surgical missions for less fortunate children with cleft lip and palate in the Philippines since it held its first mission in Cebu in 1994. Since then, ORHA has treated thousands of children with cleft lip and palate both in Cebu and Manila as well as others who travelled from other provinces who would have not received care without charity surgery.

In 2016 Operation Restore Hope Australia formed a partnership with Las Piñas City Medical Center (LPCMC). LPCMC is a small private hospital located in southern Manila and is surrounded by multiple impoverished suburbs. It was quickly realised that within the local vicinity of this hospital there were potentially hundreds of babies and children suffering from untreated cleft lip and palate who desperately needed our help.

In May 2017 ORHA held its first cleft lip and palate surgical mission at LPCMC. Further missions were held in 2018 and 2019 before the pandemic caused the 2020 and 2021 missions to be postponed. During the pandemic, our Filipino volunteer plastic surgeons and on the ground administrative staff in Manila have continued to keep in contact with and our Las Piñas patients and support has been provided in the way of “hope” packages for over a hundred families in the program. The mission team, which is comprised like all Operation Restore Hope Australia programs completely of volunteers, is ready and willing when borders reopen to return to carry out this work which is so dear to all the volunteer’s hearts.

These thousands of cases have been primarily funded for over twenty years by Gary and Kerry Johnston of Jaycar Electronics along with all the donations and memberships received by so many wonderful people (too many to thank but each and everyone never forgotten) who have believed in and supported the work of Operation Restore Hope Australia. Gary Johnston (the late founder of Jaycar Electronics) and his wife Kerry were there to support ORHA even prior to the charity being able to grant tax deductions for donations. During these years, it was extremely difficult to raise funds as there was no incentive to give other than the knowledge that monies donated could change the lives of less fortunate children. To this day Jaycar Electronics continue to provide crucial funding that allows us to conduct our surgical missions.

Thank you Jaycar and thank you to all our members and supporters!